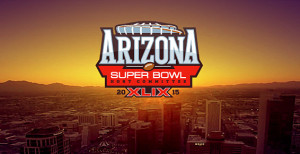 Super Bowl XLIX’s commercials were no exception. Kim Kardashian’s T-Mobile commercial as well as Budweiser’s puppy commercial leaked days before the Super Bowl and media was abuzz. However, the leaked commercials did not override the excitement the commercials that aired on February 1, 2015.

So, what ad campaigns caught the worlds’ attention? 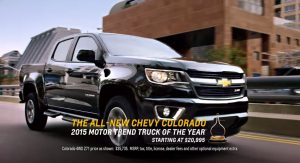 Every football fan was yelling at their television when the Chevrolet commercial opened the Super Bowl. Just as the game was set to begin, the Chevrolet commercial aired showing the outside of Arizona’s University of Phoenix stadium. As Super Bowl viewers got excited for the game to start, it appeared as though cable had gone out! Surprise! Chevy played with all of our hearts; they were highlighting their brand new 2015 Chevy Colorado featuring 4G LTE Wi-Fi. With 2,201,246 views so far, it is fair to say that Chevrolet’s commercial caught the attention of viewers everywhere. 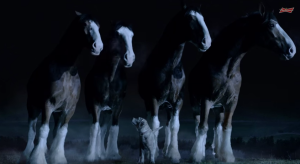 Year after year, Budweiser has pulled at our heartstrings. We have grown accustomed to seeing the Clydesdales and now, it’s the puppy! In 2014, we saw the golden puppy arrive at the Clydesdales’ stable over and over again after being returned to its respectful owner. Then, it appears the Clydesdales had become best buds with the small pup as they escort him “home.”

In 2015, the puppy returns. This time, the puppy escapes his collar and ends up on a truck headed away from the stables. After searching for the puppy, the puppy finds his way home but is welcomed by a wolf. The Clydesdales escape their stables in time to rescue the puppy and return him home safely.

Budweiser knows how to bring a viewer to tears; no one can resist a beautiful Clydesdale and adorable puppy. #BestBuds has already had 25,991,792 views to date and continues to grow.
https://www.youtube.com/watch?v=xAsjRRMMg_Q
Coca-Cola: #MakeItHappy, 3,839,072 Views 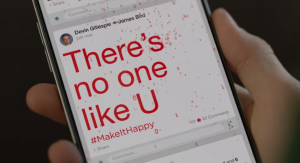 Coca-Cola took a modern problem and showed the world how they can change it. The commercial shows Coca-Cola being spilled into the server stack and hatred messages of hatred being changed to messages of optimism and happiness. With social media and mobile mediums becoming so common, cyber-bullying has reached an all-time high.

*Update*- The #MakeItHappy campaign has been suspended after Coca-Cola was “tricked” into quoting Adolf Hitler’s Mein Kampf. 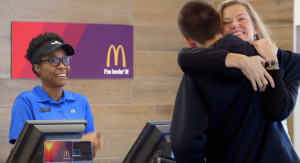 McDonald’s has received negative press about what their food is actually made of. However, the commercial in Super Bowl XLIX helped to change the perception of their brand. The idea of paying for food by calling your mom to say ‘I love you,’ hugging your family, telling your son what you love about him, or dancing can only bring a smile to your face. Starting February 2, McDonald’s began randomly selecting customers to pay with loving. 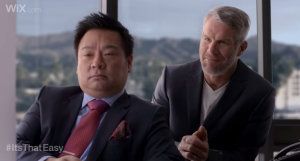 Wix has been one of the most successful brands when it comes to views of their Super Bowl commercial. With over 31 million views so far, Wix was able to tie in ex-professional football players who were fan favorites like Brett Favre, Emmitt Smith, and Terrell Owens. Former players hand in their jerseys and start up their own small business and Wix helps them to create websites to help grow their business; a great tie in of former players to catch the attention of the football fans already watching the game. 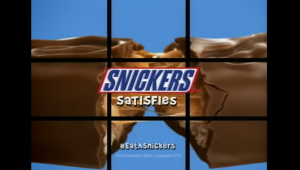 Snickers has continued to use their “Eat a Snickers” campaign with high-profile individuals in unlikely situations in respect to their known occupation. The Snicker’s campaign in Super Bowl XLIX took “The Brady Bunch” and put unlikely male figures into female roles. Snickers was able to capture the attention of older generations who grew up watching “The Brady Bunch,” as well as younger generations, since the re-runs have aired for years. No one can forget “Marcia, Marcia, Marcia!” 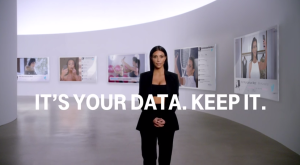 As we mentioned before, the Kim Kardashian T-Mobile commercial leaked days before the Super Bowl. Kim seemed as though she was going to be giving a PSA however as the commercial started, it became evident she was making fun of herself taking so many selfies and promoting T-Mobile’s unused data plan. A clever take on the stereotypical PSA announcement that proved effective. 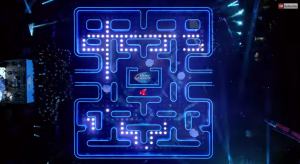 What goes better together than beer and video games? Beer and retro-video games… Pac-Man! Bud Light brought back memories for many of us by incorporating a real-life game of Pac-Man for a fan who was inspired by his Bud Light bottle to be #UpForWhatever. Who doesn’t love Pac-Man? 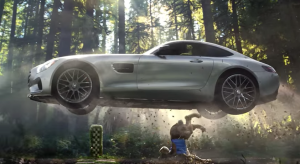 Mercedes-Benz used a classic fable, “The Tortoise and the Hare,” to promote their brand new AMG GT. Perhaps a bit different for Mercedes-Benz; however, audiences across all ages are familiar with the classic fable and can therefore relate to the commercial. 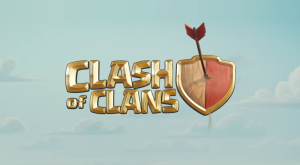 Perhaps the most popular commercial so far from the Super Bowl… Clash of Clans with Liam Neeson. We all know Liam’s voice from previous movies (Taken) and have all had our names improperly pronounced at a coffee shop. Clash of Clans was not the only mobile application game to have a commercial throughout the game, but it was one of the most effective with the use of a well-known actor like Liam Neeson and his iconic voice. Perhaps we will begin seeing a rise in mobile gaming commercials after the success of Clash of Clans? 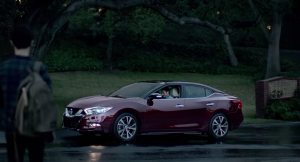 Some of us were left in tears after watching the With Dad commercial brought to us by Nissan. Seeing a young boy growing up watching his dad drive professionally, we see his dad pick him up from school and embrace his boy. Nissan touched hearts everywhere as we can all understand the bond between children and their parents. 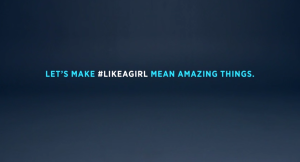 Perhaps one of the most spine-chilling commercials of the Super Bowl was Always’ #LikeAGirl campaign. In the campaign, filming producers asked individuals what doing a task “like a girl” meant to them. The commercial inspires women to remain self-confident and positive regardless of what society stereotypes as “girlish” actions.

The commercials from Super Bowl XLIX grabbed the attention of audiences everywhere. However, some believe the commercials were too emotional. What are your thoughts on this year’s commercials?

The team at Propel are each growth experts who know precisely how to use their expertise to Propel your business. Learn more at https://propelbusinessworks.com/about/our-team/

View all posts by Propel Team →