With the approach of Labor Day, parents inevitably seek out new clothes for their children’s upcoming school year. Nestled between several chic apparel and antique shops on North Mississippi, is Black Wagon. The store abounds with children’s clothing, books, toys, and art, and the back-to-school season promises to be busy.

Many of Black Wagon’s wares are from Portland – owner Sarah Shaoul shows off a children’s book from Portland art team Jolby called The King’s Sixth Finger. The team, composed of two fellows named John And Colby, is nationally recognized, and their current book is put out by Berkeley’s Gingko Press. Black Wagon, though, was carrying Jolby back when they were self-published.

“We get asked about [local artists] a lot,” says Sarah Shaoul, owner of Black Wagon, “Some people just want a bit of Portland. For some people it’s more that they want to support the local economy.” Jolby are by no means the only local artists in Black Wagon- Portland apparel, greeting cards, and art abounds in the store. Shaoul picked up a large, pillow-like object shaped like an owl. “These are called Alberta Owls. She’s a mom who lives just off Alberta street. They’re incredibly popular.” It’s easy to see why. The cushiony bird is both stuffed animal and whimsical throw pillow.

“This is one of our top five selling items in the store,” says Shaoul, picking up a small toy catapult from Wood Toy Shop, a Portland toymaker. It’s easy to see why the rubber-band powered catapult would be such a huge seller- small boys doubtlessly love flinging projectiles about. The art and greeting cards that bedeck Black Wagon’s walls also hail from Portland- of particular note are the whimsical cards from yet another local artistic team known as Apak.

Among American cities, Portland is enthusiastic about local commerce. While the obsession with shopping, eating, drinking, and buying local can occasionally be the object of parody (thanks, Portlandia), Portland’s economy is showing signs of strength. In a recent column, Slate blogger Matt Yglesias wrote that Portland “got it’s groove back” and outlined just how Portland’s economy (which has a growing labor force participation rate) got off the ground.

Portland, it will surprise no one, attracts a reasonably hip, educated population. The below-average unemployment rate doesn’t just come from Nike and Intel. Local entrepreneurs- whether they make falafel in a food cart or stuffed owls on Alberta- also know that there’s an actual market for their work. That market isn’t just Etsy or Ebay- there’s a real, actual local retail market and vociferous consumer base that provides both income and incentives for local entrepreneurs.

Parents are going to start streaming into Black Wagon just before school starts. They’ll buy clothes for their kids, a toy or two, and maybe a few of Jolby’s books or Apak’s cards. When they do, they’ll be contributing Portland’s own economic mini-renaissance, providing income and incentives to entrepreneurs and retailers throughout the city. 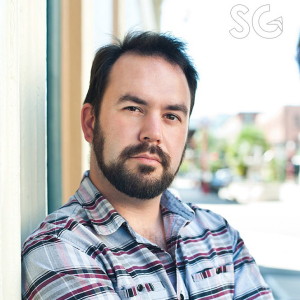 Joe Streckert is a freelance writer from Portland, OR. He has previously written for About Face Magazine, the Daily Journal of Commerce, and the Portland Mercury.