Everyone in the office has a moment from time to time – or maybe several moments – where they’re just not feeling very productive. With many factors that could be the possible culprit, for whatever the reason, productivity levels have gone down.

If you’re tempted to reach for a beverage or other item to help rejuvenate energy in cases like this, you’re experiencing an impulse common to today’s competitive, overworked workforce. Coffee, soft drinks, energy drinks, cigarettes, and even prescription drugs all have seen usage as a pick-me-up at the office. But do those stimulants really help you work better, faster or smarter?

If you’ve ever tried using coffee, energy drinks, or other substances as a way to give yourself a quick energy boost and to increase your productivity at the office, you’ve probably noticed that they do seem to have a noticeable effect. For example, studies show that caffeine blocks receptors in the brain that cause people to feel sleepy.

However, there are certain tasks where this “pick-me-up” has a higher level of efficacy than others. So think about the type of work you’re going to do before choosing to chug an energy drink. Tasks that require quantity over quality will receive the biggest benefit from caffeine. 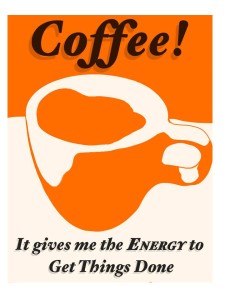 If you use coffee or an energy drink as a way to boost your energy, you need to be aware of how the caffeine will interact with the cortisol your body produces. The chemical cortisol gives your body an energy boost at certain times of the day. Because cortisol typically is at its highest level in a person’s bloodstream in the early morning, just after noon, and in the early evening, you can receive the biggest benefit from ingesting caffeine at other times of the day.

Some people have tried prescription drugs to gain a boost in energy. Prescription drugs that are aimed at improving memory or in helping people with attention disorders are among the most popular for people seeking a boost to request from doctors, according to a Time Magazine report. The ADHD drug, Adderall, is a common one, making up a part of a group of drugs called cognitive enhancing drugs. 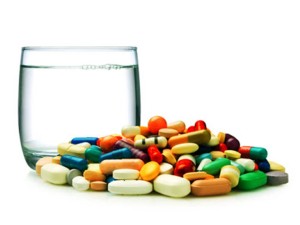 Those using the drugs report improved memory in some circumstances and better focus. One study referenced in the Time report said those who tried the drugs tended to receive the most benefit if they struggled with focus before ingesting the drugs. Those who had good focus already didn’t receive as great of a benefit from the drugs.

Even though there seem to be some benefits for those looking to boost productivity from all of these options, there are some unknowns, too. For example, it’s not known whether these prescription drugs would cause long-term health problems from overuse. And then there’s the ethical dilemma of a doctor prescribing the drug for an unintended use, and whether such prescriptions could lead to abuse.

There’s a more positive side to these concerns, though. As these options grow in popularity, will pharmaceutical companies consider developing drugs aimed specifically at cognitive enhancement?

It’s tough to see workers ever letting go of that traditional cup of coffee at break time, providing a pick-me-up. However, it’s possible that at some point in the near future, you may be using that coffee less as a pick-me-up and more as a means of washing down the cognitive enhancing drug that your doctor prescribed. (At that point, you may want to consider switching to decaf!)