Over the years, recruitment agencies have evolved to keep pace with technology. Video conferencing, handheld tablets and mobile computing devices, which were only fictional gadgets often talked about in movies and books, are now a reality. The internet has grown from a small community to a network that has broken the global barriers. It has also become one of the largest marketplaces in the world. Social media platforms like Facebook, Twitter and Google+ have all become hotspots where recruiters can find candidates to fill the vacancies in their organizations.

One of the best ways to recruit candidates is using Twitter. Twitter is basically a social network similar to Facebook, but instead of detailed networking, it employs a messaging method known as ‘tweets’. These tweets are broadcast to everyone who is following a particular user handle. 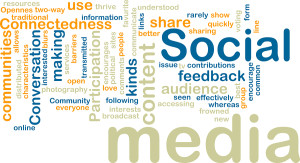 Here are a few ways Twitter can be used as an excellent social media platform to recruit the best talent for your organization:

Let us take a moment to sit down and understand how Twitter’s platform works. First an account is created and personal contacts are added. There is an option to follow other accounts and those associated with celebrities, political leaders and the major brands. Accounts (aka Twitter profiles) of various recruiters can also be followed in order to see how your mentors or competitors are using the platform. While this doesn’t directly locate the right candidates, building a network always works. The idea here is adding various corporate accounts through which contact can be made with thousands of candidates and job seekers around the globe.

Twitter is an excellent platform that allows identification and interaction with potential candidates even before they apply for a job. Remember, on Twitter, hashtags (#hashtags) are the easiest way to create visibility to a larger crowd. Hashtags can be effectively used to target a wider audience that will notice the message via the hashtag. A list can be made of the various hashtag communities comprising job seekers and professionals and several internet tools have the ability to help you identify such communities.

For tools for identifying communities, check out:  SocialBro, WeFollow, What the Trend, and Hashtag.org

To build a Twitter network and gain a huge list of followers, it is important for recruiters to update content that is engaging. Simply using Twitter as a one-way broadcast channel truly is undermining its great potential.

Building a community is essentially easier. In order to have a large group of followers, post content and engaging tweets that provide something entertaining to the reader. Rest assured that just posting jobs in your tweets isn’t really a good way of attracting more and more followers. The content should be made interesting to the readers to make them 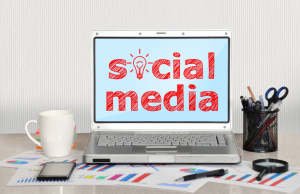 want to follow your tweets. And when they respond or Retweet your post, respond to them. Build conversation.

It is a common myth that the Return on Investment (ROI) cannot be tracked on social media. This used to be true during the earlier days of Facebook and Twitter, but today due to advances in internet technology, there are several tools that make monitoring your ROI a cakewalk. Simply counting the number of followers as the indicator for a campaign’s success isn’t really a great strategy. For real results that get candidates, rather than simply followers, various tools need to be used that allow for adjustment to the campaign.

For performance measuring tools, check out:

Most people think of social media as a waste of valuable time. This certainly can be partly true, as social media can be a time-consuming activity that can hinder workflow. But with the necessary discipline, there are several tools that not only make the whole social media experience a lot easier, they also help save valuable time.

Some tools can be used to automate tweets, saving from the need to post at regular intervals. Some of the tools even allow the users to know when their tweets will get the maximum visibility and response based on search history.

Twitter is indeed one of the most interesting tools that can be utilized by recruiters to attract a steady inflow of candidates and job-seeking professionals. While these above steps make it a bit easier, patience is the key since time is the best answer for seeing a difference in the results.

Luke is an avid fan of books and other media related to marketing and internet technology. He is also the current contributor for http://www.currentitjobs.co.uk