For those of you who have a Facebook page (1.23 billion active users worldwide) you have Mark Zuckerberg to thank. It’s not only Mr. Zuckerberg however, that helped dream up this idea. Although he is the main designer behind the internet site, there were other influencers who helped propel the process along. 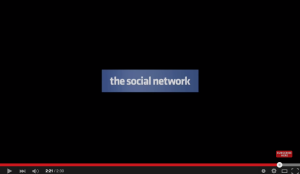 Image and video courtesy of YouTube and Sony Pictures Entertainment

For those of you who have not seen the movie The Social Network, it is the story of Mark and his time at college when the idea is first taking shape, and the subsequent issues from being an extremely intelligent and driven individual who proved socially awkward and lacked empathy.

How To Lose Friends & Influence People

In just the first few minutes of the film we see an excellent example of how not to keep or make friends. Mark Zuckerberg (played by Jesse Eisenberg) is on (what he might call) a date with a fellow student Erica. He is obviously intelligent as his vernacular displays, and it is immediately apparent that he has no social tact or empathy for others’ emotions. He belittles her, makes assumptions about her social standing and later, embarrasses her publically. You are lead to believe in short order, that Mark has trouble getting, and keeping friends. Although he is not really interested too much in the social aspect of people, he is the architect of the biggest social networking site ever. A true definition of irony.

You are rooting for this hardworking underdog, while also realizing how painfully emotionally inept he is. It is eventually his fault that leads to the downfall of his friendship with Eduardo Saverin, Mark’s only friend. After the introduction of Facebook and consequent court battle, Mark can no longer call Eduardo, having been taken advantage of and betrayed a friend.

What we can learn:

Those of us that identify with Mark and his persistent work ethic and drive, remember that it is not only helpful, but important to give a attention and time to those who help you with work and care about you personally. Try to get on the same page with ideas, projects and products, and work on delegating tasks. Mark and Eduardo’s biggest issues were the lack of communication, and the fact that Eduardo had a different idea for the site than Mark did. As this idea of Facebook blossomed and got bigger, they ran into a time old dilemma of starting a business with your best friend. Unfortunately, the two entrepreneurs aren’t safe from falling into this statistic.

Enter the third party problems: Sean Parker and the Winklevoss brothers. First appearances belong to the brothers. You see these physically strong and very prestigious pair of Harvard students approach Mark with their idea for a site for their campus. From this interaction between the two parties you are to glean  that the brothers are smart, strong, more privileged, and that when they ask for something, they always get what they want.

Mark is going to put a stick in their wheel spoke for the first time in their lives, and they are of course going to be less than happy about it. It is suggested that Mark essentially steals their idea for a startup site of Facebook, calling his creation something different and developing it, initially, on a smaller scale. Mr. Zuckerberg snuffs the twins and their deal by beginning his own site, The Facebook. 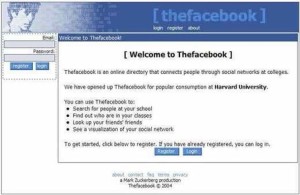 Sean Parker (played by Justin Timberlake) is the quintessential entrepreneur and having run across Mark’s idea online is immediately drawn to reach out to the man behind The Facebook. He likes the idea of creating something original and being in the spotlight, but as we soon see, plays an important role in the collapse of the initial plan for Facebook.

Sean is a strange catalyst for Mark. He is charismatic and energetic, while also meeting him intellectually. But while his extrovert personality fuels Mark’s ideas and work we almost believe Mark is striving for Sean’s approval as he makes the jump and moves to California, taking ahold of Sean’s vision for building and growth of the startup.

Meanwhile, Eduardo continues his own efforts trying to boost the business side of Facebook in the only way he knows and much to his surprise is cut out of the project by Sean (seemingly unknown to Mark). But, when Eduardo approaches Mark, Mark appears emotionally unaware of how upset Eduardo is and what it meant to him.

We see the classic tale of hype and words ruling over loyalty and sense that Sean says things that Marks wants to hear, making Mark inattentive to other aspects of Sean that are less than reputable. Eduardo had financially backed the startup and was making his best efforts to develop relationships that would reinforce the foundation of the company.

Even though a few attempts were made to get Mark’s attention, it seems that Mark will not listen to a best friend, even when he just has his best interest at heart. Mark passively used and abused his friendship with Eduardo and Sean to get ahead.

A Cautionary Tale Akin to Macbeth

The movie is reminiscent of Shakespeare. Except this is the technological age, so instead of two people fighting over a woman or the throne, it’s intellectual property, an idea and a website. Two friends are being misled; two friends are fighting, and two friends vying for something that is intangible. It reminds me of Macbeth, when talking of chance or fate.

Macbeth says that if fate wants him to be king it will just happen without him having to do anything. But by “anything” in this situation, it means that he will not be driven to kill anyone to be king. “Anything” for Mark, means that he keeps to himself, works hard, doesn’t ask too many questions and lets things unravel on their own. The Social Network is a story of the hero’s accidental cut throat tactics.

What we can learn:

In today’s world, we have to work with many different types of people. Being a leader means realizes that sometimes you are not the only one with the best answers, or the only answers. Watch what others do, ask others for advice, and learn from others’ mistakes. It is not weakness to compromise or ask for help.

Although there are pros and cons to being a hard worker like Mark, a networking shark like Sean, and a business marketing minded thinker like Eduardo; remember that you all need to work together. This is a cautionary tale of what happens when an idea takes flight way faster than a team can keep up with.