The costs of running your own business can quickly add up and as 2016 is drawing near, small business owners must have a solid financial plan in place. 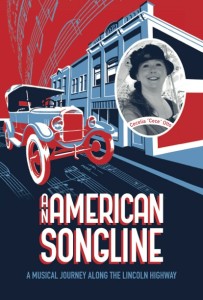 One of our colleagues, and a fellow Portland small business owner, Cecelia Otto has found a creative way to raise funds for her business: crowdfunding. Although you may not be familiar with the term, you may be familiar with some of the popular crowdfunding platforms such as GoFundMe and Kickstarter that have become growingly popular through social media.

We recently sat down with Cecelia to find out more about crowdfunding and how it can be used to effectively raise money for businesses.

Here are a few key questions we asked Cecelia during our recent interview:

1) Can you define crowdfunding and give us some history on when it started, how it became popular, and how it works?

Crowdfunding is a way to raise funds online for a special project or cause — I liken it to a “do-it-yourself PBS pledge drive.” You set up a campaign page through a platform, and depending on the platform, you can entice donors to give certain dollar amounts by offering a special reward just for donating. Many platforms have a specific window of time that you can collect donations (typically 30-60 days), and with some platforms, if you don’t meet your goal, you can lose all funds that have been raised. The term was first used in 2006, and has really gained momentum in the last couple of years among people of all walks of life. From artists to soccer moms, everyone can find a crowdfunding platform that’s a good fit.

2) Will you please share with our readers your journey and how it included crowdfunding.

As a classically trained singer and composer, I had an idea for a project for the world’s first singing travelogue: a special concert tour in celebration of America’s first transcontinental road, the Lincoln Highway. This road was the first memorial to Abraham Lincoln, and it would be celebrating its 100th anniversary in 2013. I tried to seek grant funding from the 14 states along the route, but because I was not a resident and I did not have a proof of concept, I was denied funding through this medium. I had people tell me they thought it was a good project to raise funds via crowdfunding, and in early 2013 I launched my campaign on Kickstarter. In 30 days, I raised a little over $15,000, which enabled me to make this historic tour possible. People responded to the vintage music I was performing as well as my six-month journey, and I released a book and CD about my travels this year.

3) How did that become a topic that groups want you to speak about and companies hire you to consult and coach them on?

When I launched my campaign in 2013, crowdfunding was still pretty much unknown to the general public. Artists and inventors knew about it, but I found myself educating people about the medium while I was raising funds. People from time-to-time kept coming to me asking about how I was successful, and they wanted to know how they could become successful. More and more people kept finding me as crowfunding became more popular, and from there, I now speak to people all over the country about crowdfunding.

4) What platforms are available, which ones do you work with, and why?

There are dozens of platforms out there, but I find there are three in particular that get more traffic and have more credibility compared to the others. Note that all of these platforms make their revenue by taking a small percentage of money at the end of the campaign, and these fees can vary.

5) How would a company know if crowdfunding is right for them?

This is truly a case-by-case basis, but I find that almost everyone can use crowdfunding either in their personal life or business; it just depends on the situation. In my short time consulting, I have not yet found a person whom crowdfunding wouldn’t benefit — timing is their main issue, as they have to be ready to take on the work of running a campaign.

6) What do you recommend for a positive and effective crowd funding campaign?

Many people think crowdfunding is a “set it and forget it” type of fundraising, which is completely untrue. Since you are not talking with people in person, your online presence needs to be consistent and is crucial to a successful campaign. The more you interact with your backers and people via social media, the better. Your campaign is a full-time job, so plan accordingly. If you don’t think you’ll have the time to write content, promote, and monitor your campaign, I would definitely consider getting a team together to help you. Friends, loyal fans, and family are also important in getting the word out, I would recommend sending an email to let them know about the campaign, and how they can help you succeed.

Do remember, even if you have a team of people to help you, this is your campaign. Your backers will want to hear from you, so make sure you are available during the whole campaign.

7) Do you have any rules of thumb or advice on proper etiquette when launching, running, and closing a crowdfunding campaign?

As crowdfunding has gained momentum in the last few years, so have the stories about how people made millions in one single campaign. These campaigns are an anomaly, and for most people it can be difficult to raise even $5,000. Remember that your average person typically gives around $20-30 for their pledge. So with that in mind, you can then set a realistic goal and then gauge your rewards accordingly to maximize the money you receive in return.

One other key component to your crowdfunding page is a good video that is two minutes or less. If the video is longer than that, people are less likely to give. Your video gives the backer a chance to see who you are and what you are about, so keep your information concise and let your personality shine through. If a person donates and they note it on social media, definitely take the time to thank them. As noted before, the more you engage your backers, the more likely they will help your campaign succeed.

8) How can you help a company in their crowdfunding efforts?

What we’ve talked about today has barely scratched the surface in regards to crowdfunding. Every company has different needs, and as an out-of-the-box thinker I can help them figure out what to focus on for their campaign, as well as help them build a campaign page that people will respond to. There’s so much information out there now in regards to this topic, and I can help you understand the differences between platforms as well as cut through all of the “noise” to figure out what’s best for you and your business.

I’m currently in the process of writing an eBook that will contain all of these tips and more, and I’m available as a crowdfunding consultant and coach. If you’d like to learn more about how I can help you, please reach out. A successful campaign is a lot of hard work, but if you are well informed, have a good crowdfunding plan and a good support system helping you, you can achieve a fundraising goal and find a community who will support you long after the campaign is done.

If you have questions for Cecelia about crowdfunding, contact her to see how she can help.

Get in touch with Cecelia: