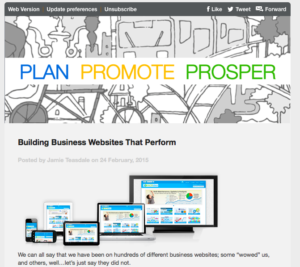 Email newsletters (e-newsletters) are a great way to share your information with your subscribers. However, as regular email users know, emails can be ignored, marked as spam, or deleted altogether. It is important to regularly monitor different averages of your e-newsletter including click-thru rates, open- rates, unsubscribe rates, and marked as spam rates.

Let’s start by defining each of the above rates-

Click-thru rates (CTR): “A way of measuring the success of an online advertising campaign for a particular website as well as the effectiveness of an email campaign by the number of users that clicked on a specific link.”  (http://en.wikipedia.org/wiki/Click-through_rate)

Open rates: “Open rate is a measure of how many people on an email list open (or view) a particular email campaign. The open rate is normally expressed as a percentage, and we calculate it as follows:
Open rate= emails opened / (emails sent-bounced).    (http://help.campaignmonitor.com/topic.aspx?t=89)

Marked as spam rates: The percentages of messages marked as spam from all the e-newsletters that were delivered.

What is a good percentage for each rate?

The average rates for the above factors are dependent upon the industry of the business sending out the e-newsletter. For example, if you refer to MailChimp’s “Average Email Campaign of MailChimp Customers by Industry,” you will see that the rates fluctuate in each category.

However, there are averages for open rates and unsubscribe rates-

Open rates: According to MailJet.com, “Opened” rate is calculated by taking into account all the emails that are accepted and read by the recipient. Generally speaking, a good range of “Open” rate is between 15% and 25% for marketing emails and minimum of 30% and average of 40% for transactional emails.

Unsubscribe rates: According to MailJet.com, “An unsubscribe rate of less than 1% means you are within industry norm. The only exception is when you send your email to new lists because these tend to generate a higher unsubscribe rate than former emailed lists. However, the industry where you belong also plays a major factor. Overall, a good unsubscribe rate is below 0.5%.”

Take the opportunity to review and analyze the statistics of your e-newsletter from last month. Try out something new this month with your e-newsletter such as a unique, audience capturing subject line and see if any of your rates change for the better. Let us know if you see any changes to your next months e-newsletter statistics!