Over the past few years, we have seen the development of social platforms like Vine introducing users to video. Other platforms, such as SnapChat, Facebook, and Twitter, have encouraged users to use videos as part of their online strategy. However, the video-loving internet has led to an updated version of video: live streaming.

Live streaming, sometimes referred to as live casting or live broadcasting, refers to video content being delivered in real-time over the Internet. You can reach anyone, anywhere, at anytime! Although the process of live streaming is not necessarily a new technology, it is new to some well-known platforms like Facebook & Twitter.

You may have already heard of the new and already popular platform called “Periscope” that was bought by Twitter earlier this year. Here, users are able to download the app and turn their phones’ cameras into windows which look into their everyday lives, special events, and more.

How does it work?
It’s rather simple: download the app, tap a button, and start streaming! Anyone who is following you will get a notification that you are now streaming and are invited to join in.

As you are streaming, viewers have the ability to leave comments that the live streamer can see and respond to as they happen. If people like what is being said or done in the broadcast, they can give hearts over and over again. (Periscope rewards those who have the most hearts by including them in a section dedicated to the most loved users). If people really like it, they have the opportunity to share the broadcast with their friends & followers. Can you see the amount of exposure available here?

Now, you may be asking “What happens after the live steam is over?” Good news – similar to how SnapChat lets you see friends’ stories for 24 hours, Periscope allows people access to your broadcast for 24 hours. Your content is not lost!

For those of you who haven’t heard of Periscope, you may have seen or heard of “Meerkat,” Periscope’s immediate competition. Released in February of 2015 (one month before Periscope was bought by Twitter), Meerkat quickly took over Twitter.

How does it work?
Meerkat is another easy-to-use app that can be downloaded. The Meerkat app links with and posts directly to Twitter accounts. As you are live streaming, people have the ability to leave comments that can be seen and responded to in real-time.

As we have seen with social media over the years, certain platforms pull ahead of others over time. With both Periscope and Meerkat being released earlier this year, it is truly anyone’s game. However, in a recent report, it seems as though Periscope is in the lead with over 10 million users to date. Another indicator of Periscope’s early success is its ranking in app stores; Periscope ranked in the top ten while Meerkat was in the top 200.

You may have missed Facebook’s latest update (as there were about 6 major ones (including See First!) in the past month. Facebook is in competition with Periscope and has introduced their version of live streaming called “Live.” If you follow any celebrities or public figures, you may have noticed the new feature on Facebook as “Live” was being tested by this small group. However, in the last few days, Facebook has announced that verified profiles will soon have the “Live” feature, as well.

Although we all don’t have access yet, we can only imagine that the release of Live to the public is in the making.

What this means for businesses 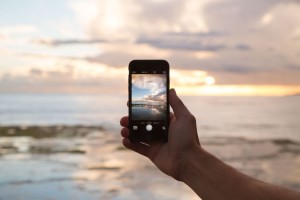 As business owners, we know the importance of adapting. When social media was first introduced, we had to adapt our marketing strategies to incorporate Facebook, Twitter, and LinkedIn. As time goes on and new advancements are made on each platform, we must further adapt our strategies to include the newest features. Live streaming is the new thing to incorporate.

Audiences love to see behind the scenes. Your audience wants to hear from you. You are their resource. They trust you! Live streaming through Periscope or Meerkat will give you the opportunity to share your expertise, be a resource, and share your personality with your audience. All posts do not have to be all business; share your vacation, your travels, and/or other various experiences with your audience as well.

Are you wondering how you can incorporate live streaming into your current strategy? Let’s get to planning! Contact us today so we can brainstorm together how your business and your industry can use the newest features and platforms.