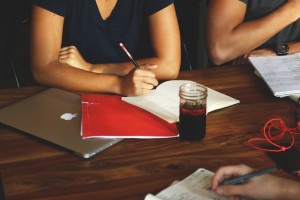 Image courtesy of Pixabay and StartupStockPhotos

Networking is a word that either gets you excited or makes you cringe. Your response probably has a lot to do with your past experience networking, your personality, and your approach to business. We’ve all been to the awkward networking event that’s uncomfortable for everyone. But have you ever been to a great networking event where you made genuine connections with like-minded business owners? The difference isn’t the event itself or even the people at the event, but in how the networking happens.

The best networking happens when genuine connections are made. Networking events aren’t about how many business cards you can collect, but about which individuals you meet who have business relationship potential. It isn’t just about who you meet that can benefit you, but who you meet When it comes to business networking, keep these 5 things in mind to make good connections:

The point of a networking event isn’t to make a sale or gain a new customer. The point of a business networking event is to build new relationships and meaningful connections. Seeing each person only for what they can offer you and your business is an easy mindset to succumb to, but it’s a motivation other people can spot from a mile away. Be genuine, and set an atmosphere of valuing the quality of each connection you make.